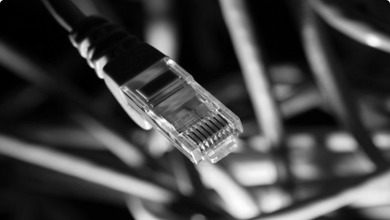 Hyderabad: The technology demonstration network of Telangana Fiber Grid (T-Fiber) project with a state-of-the-art network infrastructure will commence operations in four select villages of Maheshwaram mandal in the first week of January. Officials made necessary arrangements for the pilot project which will be executed by 10 major IT companies to exhibit benefits of internet connectivity.
IT and Industries Minister KT Rama Rao who reviewed the progress of T-Fiber works on Wednesday, directed the officials to provide internet connectivity to every household in the State by next December. Principal Secretary for IT and Industries Jayesh Ranjan along with senior officials from IT and Industries departments along with Telangana State Industrial Infrastructure Corporation (TSIIC) officials participate in the meeting. On the occasion, Vijaya Bank Deputy General Manager Satyanarayana Raju handed over documents approving loan of Rs 561 crore to Telangana Fiber Grid Corporation to the officials concerned in the presence of the Minister.
With Mission Bhagiratha project racing towards completion, the Minister wanted the T-Fiber officials to expedite works to lay fiber optic cables and provide internet connectivity to every household. T-Fiber project has been taken up to realise Digital Telangana objective by piggybacking on Mission Bhagiratha project where ducts were laid for fiber optic cables inside drinking water pipelines which reduced the project cost for T-Fiber.
Rama Rao also inquired into progress of land acquisition and necessary approval for the Pharma City project on the outskirts of Hyderabad. The officials assured that the project was on the right track and environmental clearances are expected from the Central government at the earliest. He also reviewed progress of T-Hub 2, Image Tower, T-Works and other projects taken up by TSIIC. The officials were asked to prepare designs of T-Works buildings immediately to enable commencement of work by May next year.